​We’re excited to be sharing the second story of our Autism Stories blog series today! If you haven’t heard yet, this series at Always Keep Progressing will be giving voice to the diverse and lived experiences of individuals who have been diagnosed with autism, all around the world. If you missed the first blog, check it out https://www.alwayskeepprogressing.com/blog/autism-stories.

​Today, we’ll be hearing from Mae Sattler, otherwise known by her Instagram followers as The AutistiChick, who lives in Ohio. She’s “just an autistic, singing musician that loves destroying #autistic stereotypes.”

Note: Live interview with AutistiChick, from which this story has been transcribed, can be found on IGTV on the @AlwaysKeepProgressing Instagram account. During the interview, Mae also performs classical pieces and well-known theme songs for us on the violin.

​A: Let’s just wait a little bit until some other people join [the Instagram Live]. 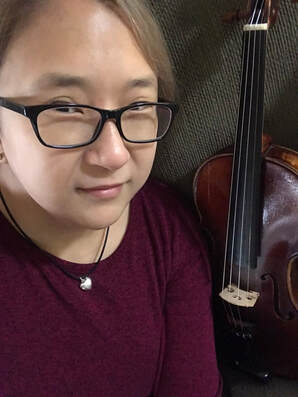 M: I can help out with that. *Plays the Jeopardy theme song on the violin*

A: Can you tell us a little bit about yourself and your background?

M: Well, I’m originally from South Korea. According to Ancestry, I’m 97% Korean and Northern Chinese, and 3% Japanese. I just thought it was kind of weird that there’s just that 3% that’s Japanese!

A: When did you come to the States?

M: At four and a half months old on the dot. But I actually don’t know any Asian languages!
​
A: When were you diagnosed? Could you talk a little bit about that?

M: According to my mom, they were toying around with the idea when I was younger. I went through therapy then, but I don’t remember a lot of my childhood because it was very traumatic. I remember having meltdowns, four adult women holding me down while I was just screaming at the top of my lungs, but I don’t remember anything positive, as far as school goes. After that, I just kind of went with the flow, keeping the idea of “you’re just a little weird, shh, just go do your stuff.”

Finally, when I was thirty-something, I broke and had myself assessed. At the time, it started out with sensory issues – you know those carts that squeak really high in a grocery store or a shopping mall? I needed earplugs just to deal with daily life. And then, I needed deep pressure therapy with weighted blankets and stuff. I’d just gotten a job as a paraprofessional, basically a teacher’s assistant with special needs kids, and mine were almost all autistic. It just popped into my head: “Hey! You’re kind of like the students you teach.” I was like, “You know what? What could I lose except get an answer to a question I’ve had since I was 20?” So, in November of 2018 I finally got my answer. On the phone, she said that I have “Autism with signs of ADHD.” You don’t forget something like that.

I was like, “You know what? What could I lose except get an answer to a question I’ve had since I was 20?” So, in November of 2018 I finally got my answer.

A: So, you always had a feeling that you might be different?

M: Yeah. I never felt normal. *Shows her nails to the camera* Sorry, I’m the Queen of Random.

A: (After asking about her nails, which had skulls on them) It’s really interesting that you’d never been diagnosed, but you kind of had a feeling…

M: Based on what I know now, I was classic for what they used to call “Asperger’s Syndrome” growing up. I had interests like music and musical theater, performing, ghost-hunting, and storm-chasing – a very eclectic mix of interests growing up.
​
A: I think it’s really important that other people can hear about experiences like this, because, as you were saying, no one ever tried to get you the diagnosis when you were growing up and you had to advocate for yourself.

M: Exactly – not that I remember. I don’t remember being assessed as a kid, but the one thing I do remember about therapy was that they had me do one of those baby shape puzzles, but blind-folded. Unless it was an IQ test or something, why would you have someone put together a baby’s puzzle blindfolded? I remember that.

A: Do you remember what kind of therapy you were receiving? 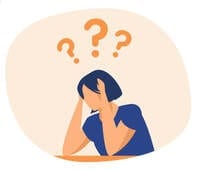 M: No idea. I had a counselor at this place next to where I went to school, but I don’t remember the specifics. I only remember my childhood in that way because nothing ever made any significance.

A: Can you tell us about some ways in which you feel like autism has helped you excel, and maybe a little bit about how music has impacted your life and your experience with autism?

M: For me, when I get upset, I stim* by playing violin. I play the same song over and over and over again until I get it right. Sometimes, it backfires because I get even more upset that I can’t play it right, so I end up having a mini meltdown. But, then, I go back to play it, and I play it and I’m fine.
​
A: Okay, and that helps you to relax?

M: Yeah. It only works with slow songs.

“For me, when I get upset, I stim by playing violin. I play the same song over and over and over again until I get it right… It only works with slow songs.”

A: How long have you been playing violin?

M: What I basically tell people is I’ve been self-taught for the last ten years. I started playing when I was 18. Even though I had three years of consecutive violin lessons at college, you can only get so far with half an hour per week.

​A: That’s really, really impressive that you were able to learn how to play yourself! It’s not an easy instrument.​

A: How did it impact you being diagnosed later in life? And how has knowing your diagnosis helped you? 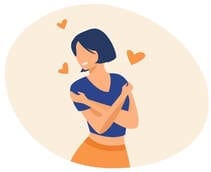 M: I don’t struggle as much now. I don’t hide. I mean, every once in a while, if I’m in public I know I have to “mask.” I don’t necessarily want to, but I just don’t want to be stared at. I’ll try to get rid of excess energy or nervousness in a way that’s “acceptable.”

A: And you mentioned you worked with kids who had disabilities. Do you still do that?

M: Yeah. Of course, because of the whole virus thing, I haven’t seen my kiddos in months. It stinks, because they were my life; they’re like my own little kids. They take me for a ride, definitely, but I love those kids like my own. It’s a classroom full of boys, so they were always trying to make pictures for me, trying to see whose pictures are the best.
A: I’m sure you really miss them! I have to see a lot of my kids online for therapy now, too, and it’s just different. I miss being with them in person.
​
A: I have one last question for you. Could you tell us what has been your biggest struggle living with autism? What advice do you have for others who might feel the same way and are going through the same things?

M: My struggle is knowing when to show my true, authentic self, and when to mask. If you’re working with kids, you have to act professional. You have to “mask” when dealing with parents because in my experience, they don’t want to see another adult who is just like their kids. I think society is that way. But, when I’m just with my students, I’ll wear my bite necklace. If they’re feeling sad, I’ll ask if they need to chew on their necklace. They’ll say “no,” and I’ll say, “Well, I have one too, so it’s not like it’s weird.” They’ll still say no, sometimes, but they’ll relax a little bit knowing that an adult is just like them.

A: So, you’re saying – if the community were to share their stories and be more of a family, and were more willing to talk about these things, then maybe children w 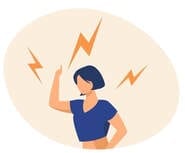 ith autism would not feel so alone.

M: Yeah! It’s like, we shouldn’t have to mask, but unfortunately, it’s the world we live in because people are very sensitive to “happy flaps.” People think it’s weird. A: I agree! I think that’s definitely an issue in our society. There are certain standards of what is the “norm.” Just because you don’t exactly fit into that norm, doesn’t mean that you are weird. It’s what makes you unique!

Thank you so much to the talented and kind AutistiChick Mae for sharing your story with us. We hope that her story and her personal experiences can be a reminder to us to be kind to all of those around us, and to remind children with autism that they’re not alone – there are so many amazing, outgoing, and successful people like Mae all over the world who are just like them! Don’t forget to follow @theautistichick on Instagram to keep up with more of her nail patterns, musical endeavors, and fun everyday life!

​*Stimming: ‘self-stimulatory behaviors’ which help give autistic people a sense of control, helping them to feel calmer and to cope with sometimes overwhelming sensory information. 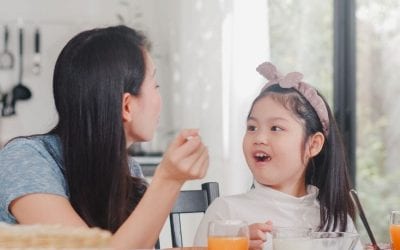 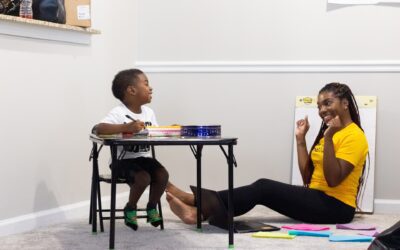 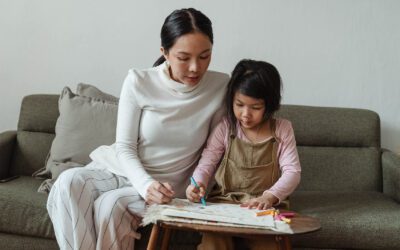